The Dating Game has Completely Changed

Has completely changed as of late. The traditional dating etiquette that states “men should always pay for the date – (many believe)” is outdated. Hell, most men don’t even know why we still do this, and they are afraid to do otherwise. A whole new trend is emerging, a trend in which both the guy and the girl should pay equally on the first date. It sounds simple by itself, but it represents so much more. How is it outdated? Well, we’re in the 21st century for starters, what we identify as “dating” is a system of courtship that originated in the 1920’s.

Are you 96? If so, I’m glad I’m reaching a large variety of age groups in my viewership!

So what in particular is seeing the most change?

Paying for the first Date | more

Many years ago men were expected to pay for everything. Men were paying for the first date and sometimes even more than that, this has caused a lot of problems for men who were not able to afford an expensive restaurant or were simply unwilling to invest too much money in a woman they barely knew. Which simply increased social class divide even further. Trust me, it adds up quickly. On the other side of the spectrum, rich men were able to dine with every lady they wanted. Because of this, the dating game has slowly turned into a circus show that elevated the best provider, instead of being a unique time of fun experiences shared and intelligent conversations. Here’s a great video excerpt from “The School of Life” that I think hits the spot. Also Subscribe to them for more brain food.

The good news is that the times have radically changed. Because today in most countries women are equal with men and have similar career advancement opportunities, they can now split the bill. The dating experience is slowly moving from the “circus” it once was to the “matching process” it should be. In this match, both the man and the woman can view that first date as a perfect opportunity to test compatibility and to discover more about their partner.

When you go on a date, and you split the bill, the dynamic between you changes. Instead of being two strangers, you become two potential partners who just hung out to share new experiences and have a great time. In our current culture, you can sure as hell believe that you will get “friend zoned” if you want to pay dutch on a bill. But people, where’s the logic in that? “I thought he was a cool guy, but he didn’t pay for my time as our culture says he should.“ There’s a reason people so frequently joke that there isn’t a difference between a date and a hooker. Both are paid services in the mind of some. Personally, I hope whomever I decide to date has a little bit more self-confidence than that, or has respect for my time as well and genuinely wants to get to know me.

Most women justified their desire for their date to pay the bill by the old rule that: things have always been that way. However, once they accept that the times have changed, splitting the bill should come naturally. If this were still the 20’s, I’d say “FUCK YEAH” do your thing ladies, because generally women weren’t allowed to be professionals at the time, it was taboo. That once again was almost a century ago.

I don’t think women are financial vampires, or at least, I don’t think they all are, nor is it gender specific, I’d say that men and women fall into three categories in the dating world.

As a man, you should never try to buy someone else’s time. Instead, you should discover how to date women without purchasing their time. That doesn’t mean you can’t spend money on them, just don’t mask your flat personality with your fat wallet.

Question: Have you ever considered yourself the “nice guy”, that same nice guy that repels women like super magnets?

It may be because you don’t do anything, get some hobbies, workout, read books, participate in group events, finally do those Pinterest pins you’ve collected. After you’ve done some self-exploration, and gained a smidgen of confidence; you may just have a fighting chance at attracting someone.

Probably one of the biggest complaints about our modern dating culture is that men are not interested anymore in doing those little chivalry acts to show their care for women. Small gestures like walking the girl to the taxi, opening the door for her, opening the restaurant door for her, calling her after getting home to ensure she is fine or texting her to thank her for the night could earn you some massive points in the dating game.

See above! It takes two to tango, women can be Knightly too. Being chivalrous just shows you have respect, and you care. DO THAT.

Question: Are you pretty? If the answer is yes, that might bring you one step closer to landing a date. Now that you are on that date with the intelligent entrepreneur who multiple hobbies, you’ve noticed you have nothing else going on in your life. The last time you read a book was in high school English, and you’ve successfully spent an entire year on Second Life and Sims.

Go out there and have a life, find someone who fits it with the same hobbies, then do what humans do in the mating season.

Have you noticed since the emergence of that thing we use called “the Internet and Social Media”, that it’s become so much easier to contact that crush of yours? Thank Al Gore! The days of begging to use the Model-T to drive to your crushes house, ask the parents for permission to date and then proceed to the odd courtship steps are thankfully over. You can now just hop on Tinder/Grindr and tell that person “?”, so they can ignore you for your lack of creativity in your message.

If you want to be successful in the dating game, it is of paramount importance to take charge. Plan the date yourself if you were the one who asked and take care of all the details, including the place the meet, the hour, the duration of the meeting and means of transportation home. If you take all of these details on your shoulders, your date will be able to feel more relaxed and trust you with more.

Moreover, it is always smart to have a plan B, just in case your first plan can’t be implemented. Having a plan B in place means that you can still save the night in case something unexpected happens.

The dating game has completely changed. The bill should be cut in half, and your aim should be to have an intelligent conversation and spend meaningful time together. Attract your date without buying her time and you will enjoy a resounding success in your relationship. We all want equality between the sexes and since women gained the right to vote in 1920 (same year we apparently decided to form another system of sexism), we have been making leaps and bounds in treating all sexes and genders equally. “Dating Games” are a circus show, make first dates and all dates equal. So let’s all work on that next archaic tradition on the list, in the name of progress!

“Love easily confuses us because it is always in flux between illusion and substance, between memory and wish, between contentment and need.”
― Tom Robbins, Even Cowgirls Get the Blues 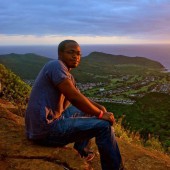 Georgia boy turned Super Tramp. Ex. Military. Cuisine Dreams and Booze chasing take up most of my time when I am not busy getting lost. I am Brice Hagood.

This site uses Akismet to reduce spam. Learn how your comment data is processed.